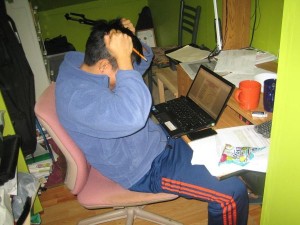 Suicidal thoughts are troubling thoughts that involve killing oneself. Suicidal thoughts are usually due to feelings of hopelessness in one’s life often from stressful life situations, which may be extra disturbing if accompanies by mental illnesses, depression, alcohol or substance abuse, or suicidal plans. When one or a friend has suicidal thoughts, call National Suicide Prevention Lifeline as soon as possible. The number is 1-800-273-TALK (8255). It is necessary to learn of the warning signs of suicidal thoughts and suicide, as one can save a life.

According to Statistics Canada (2012), 3,890 were recorded to have committed suicide in 2009, as slight increase from the 3,705 the previous year. There has been a small increase, percentage-wise, in the number of people committing suicide from 2006-2009. However, statistics may be inaccurate as suicide is sometimes difficult to classify. Men are more likely to take their lives as compared to women.

Signs and Symptoms of Suicidal Thoughts

Suicide often might feel like the only solution to a person’s pain and troubles. In some cases, a person may not even show signs and symptoms of suicidal thoughts. One must be wary for the following warning signs that may help determine when a person might be having suicidal thoughts:

Treatment for depression, medical or anxiety disorders will be tailored according to the cause. Medications and professional help will be required. To learn how to manage individuals with suicidal thoughts, enrol in First Aid Courses.The following steps are recommended in cases of suicidal thoughts:

Statistics Canada.(2012). Suicide and suicide rate, by sex and by age group.Government of Canada. Retrieved September 29, 2013, from http://www.statcan.gc.ca/tables-tableaux/sum-som/l01/cst01/hlth66a-eng.htm